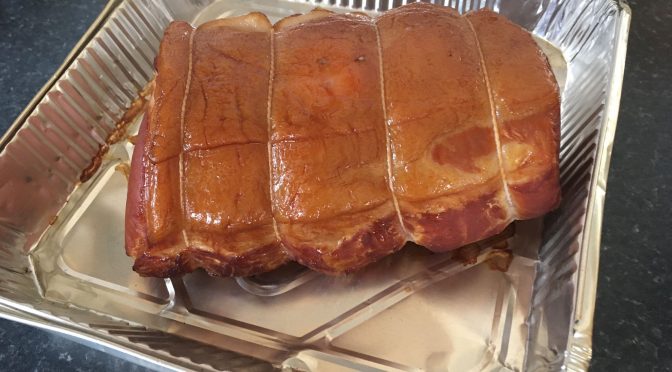 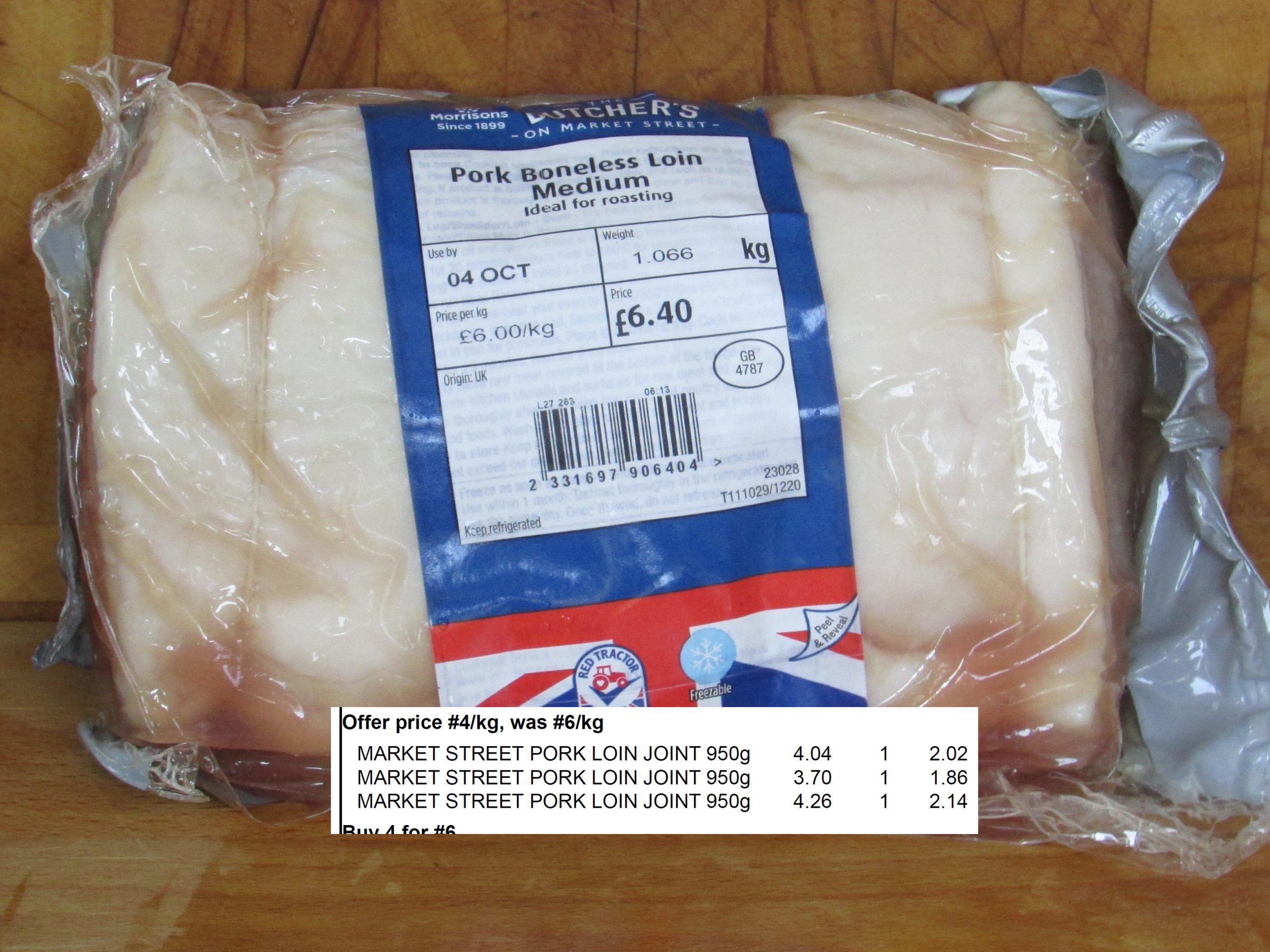 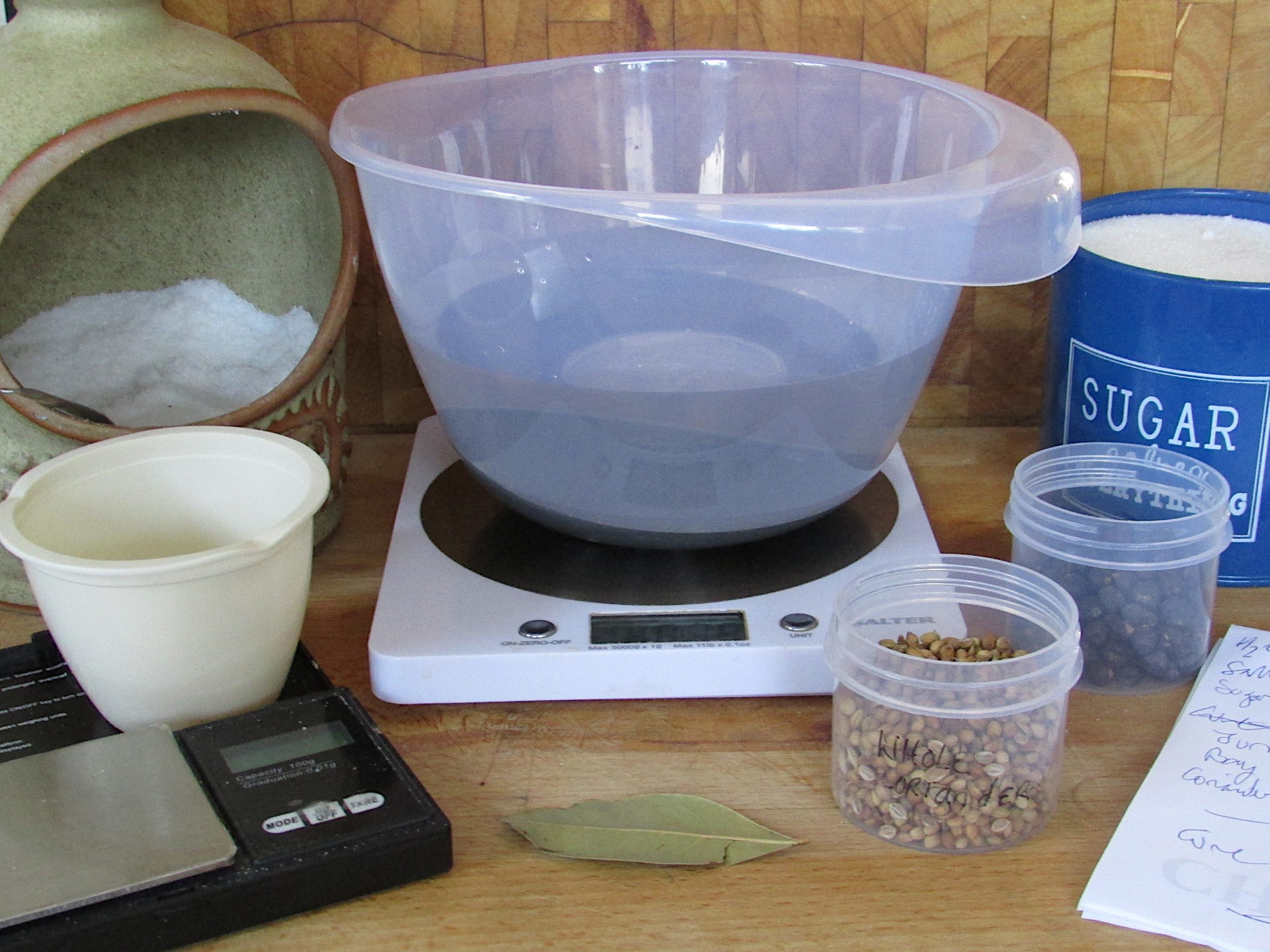 I’ve got everything ready that I’ll need. The spices are optional, they can be substituted or left out completely. The only things here that are out of the ordinary are some curing salt and the small set of scales. The scales are digital and measure to one-hundredth of a gram – somewhat overkill but scales that measure to a tenth of a gram are recommended for measuring the cure #1 curing salt. They’re about a tenner on eBay.

The spices I’ve chosen to use are bay, coriander and juniper. They’re much cheaper from Asian supermarkets than the supermarket and these were also a very good price from a supplier trading on eBay. For this recipe, you don’t need a spice (coffee) grinder as the spices are just crushed. You can use a pestle and mortar for this if you have one. If not, just crush them with the bottom of a saucepan – put it on top of them and push down whilst rocking it from side to side.

To make the curing brine, all the ingredients except for the cure #1 are put into a saucepan, brought to a boil and boiled for about 5 minutes. They are then left to cool completely and put into the fridge until cold. The cure is added to the cold brine and mixed to ensure it has dissolved. The whole brine is then weighed and brought back to the quantity (weight) in the recipe by adding water.

Put the meat into the brine in a container that is small enough to allow the brine to cover the meat. 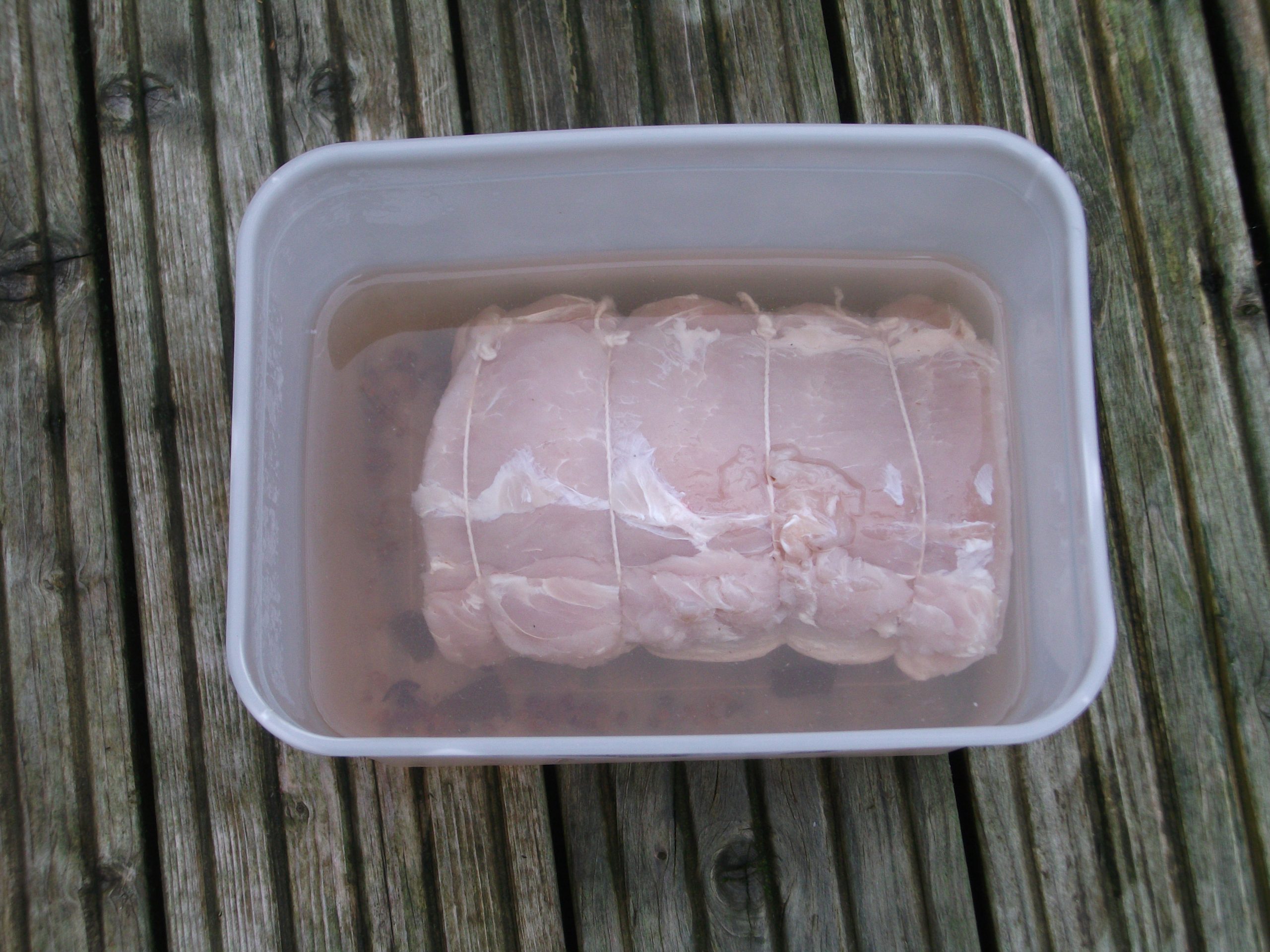 It is now left in the fridge for seven days per kilogram of meat. The meat is turned over in the brine every couple of days.

As my piece of meat weighed a few grams less than a kilogram I’ve left it in the brine for seven days then drained and rinsed (not soaked) it.

This is the piece I cured. It’s gained about 20gm in weight from the brine. 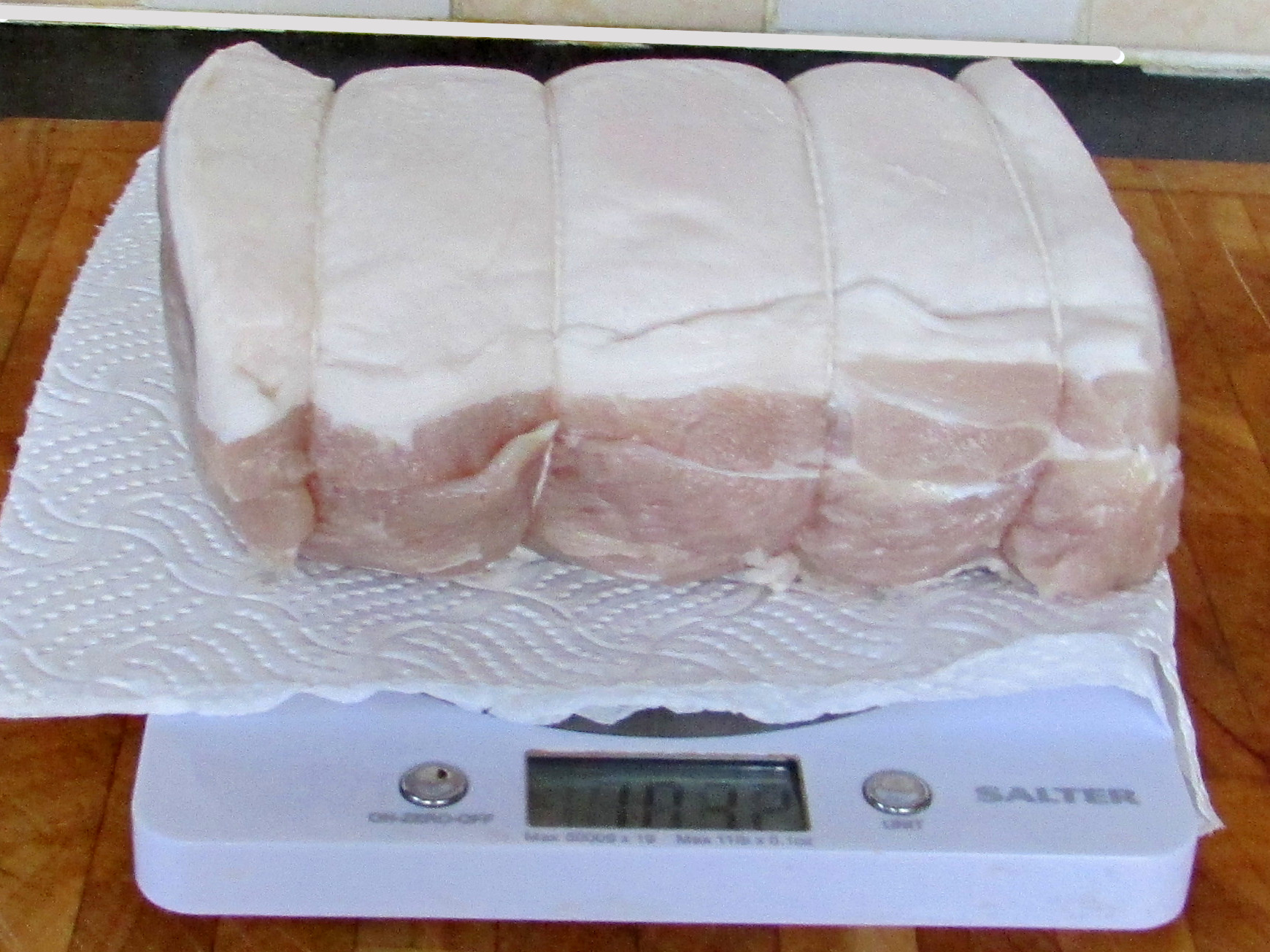 You can see here that it looks quite anaemic. Some of that is due to the nature of pork reared on an industrial scale. Don’t be surprised that it looks no different at this stage though. 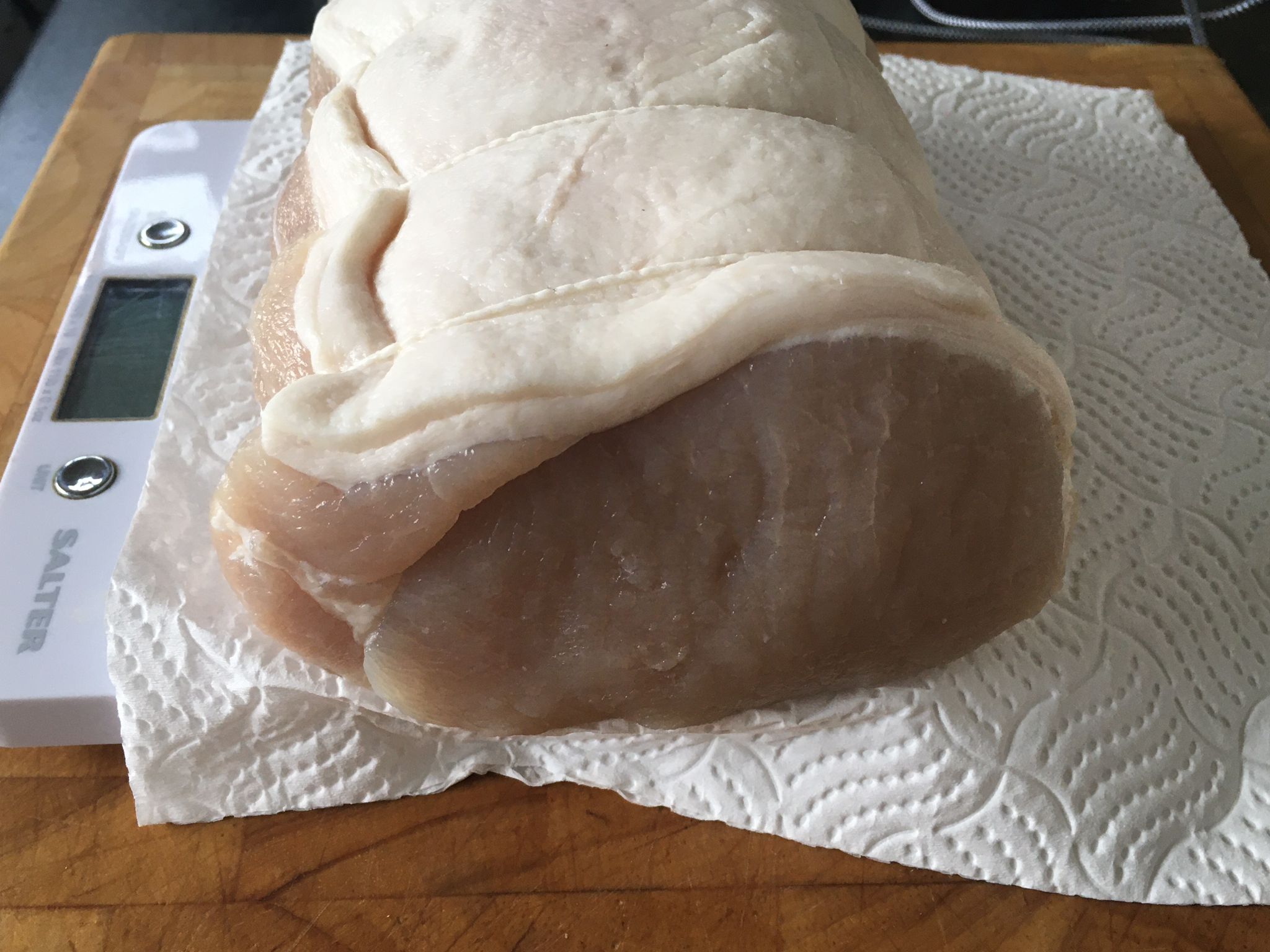 I’ve put it in the fridge to dry overnight before smoking and cooking it.

I’m hot smoking the pork which will cook it as well as smoke it. It could also be cold smoked and then cooked in a domestic oven. I’d use a ProQ cold smoke generator for that.

I’ve chosen to smoke it with alder wood as I have it available and it’s a common smoking wood in Germany.

I’ve got the smoker set to 100°C; the smoke is produced independently by the unit to the side of it. 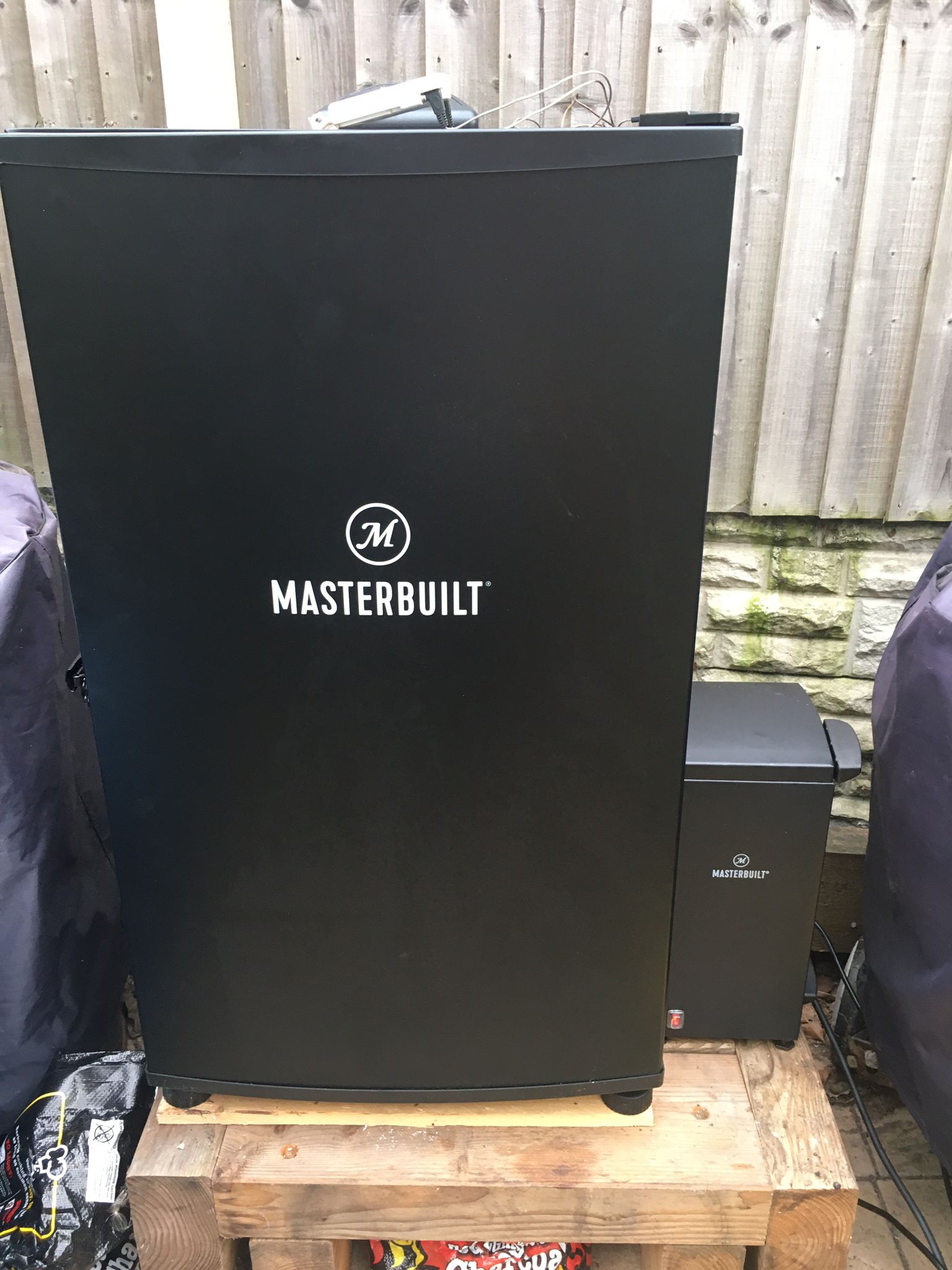 The meat will cook slowly. After about 2 hours it’s around 60°C. I’ll cook it to 70°C as I don’t expect it to carry on cooking much after the oven’s turned off. 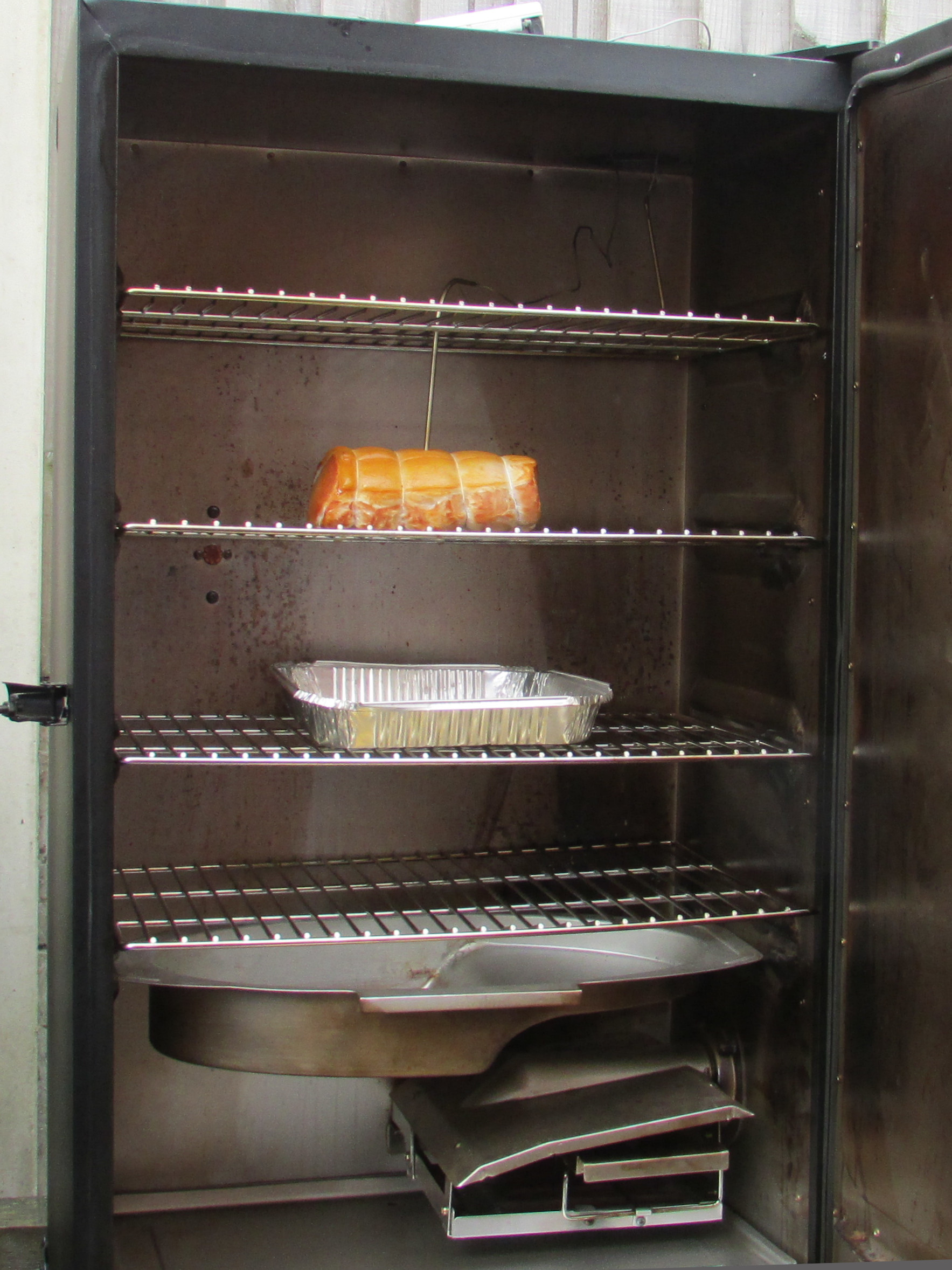 It looks good. I’ll wait for it to cool before slicing it. 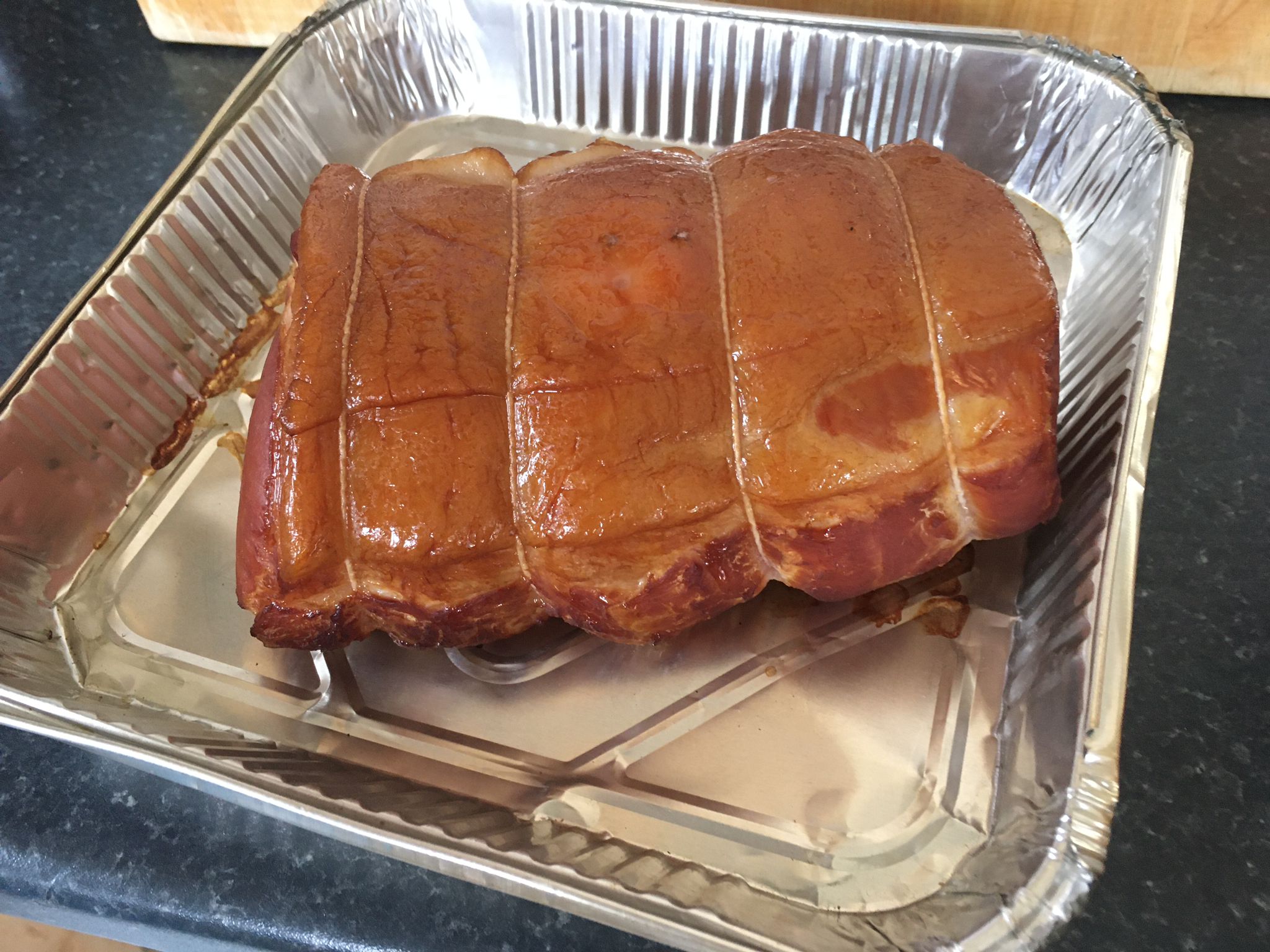 We decided not to slice it into chops/steaks but thinly sliced it for sandwiches instead.

The yield from roughly 1kg of meat was 840gm sliced meat plus an end piece of 58 gm which will be great in a quiche. 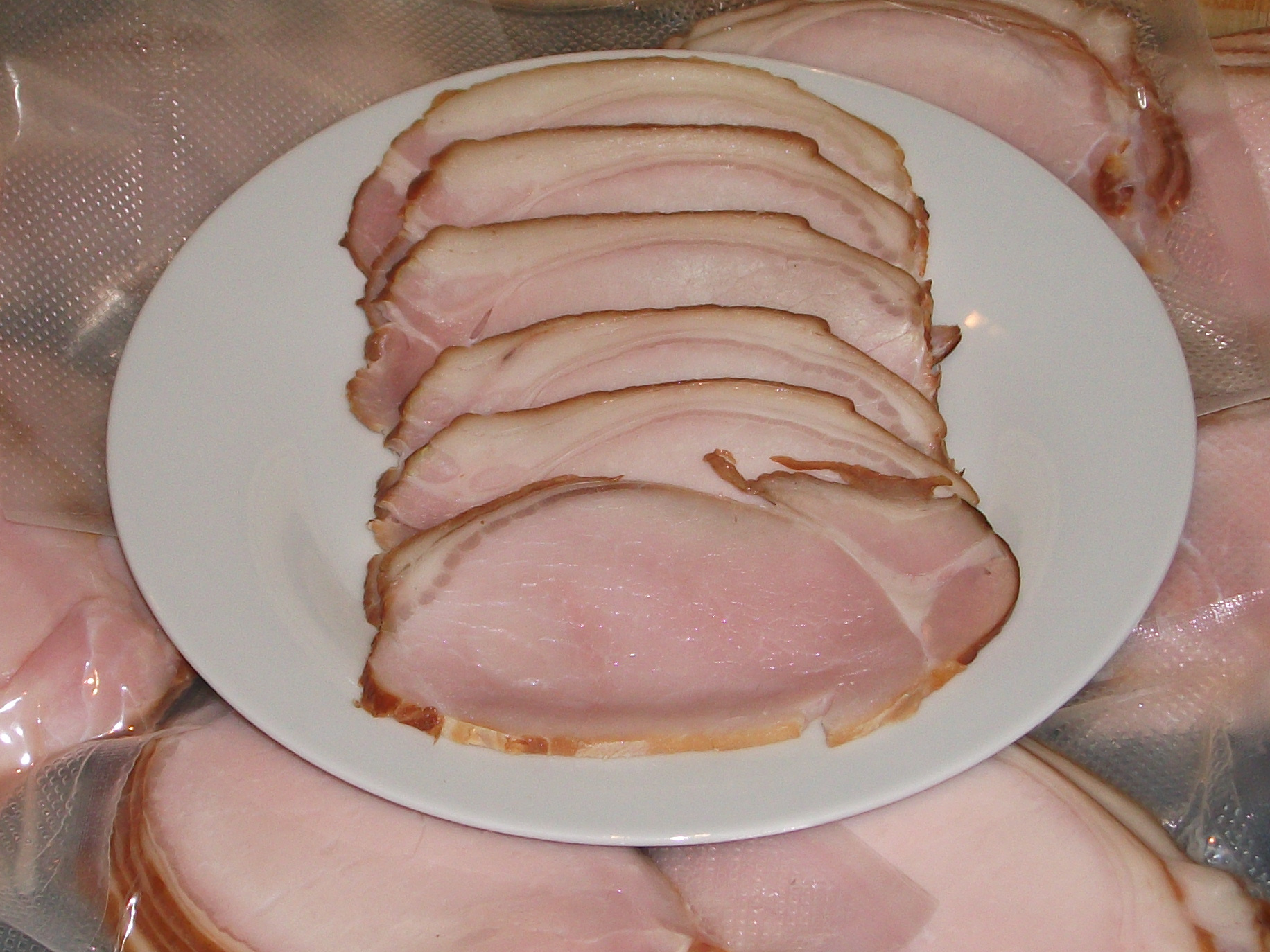 It’s not as well cured as I’d like, maybe a stronger brine for less time would be better. If I did that, I’d also let it rest for a good few days for the cure in the meat to equalise throughout it. I really should have done that with this piece. That’s said, it’s a nice product with a pleasant smoky taste.

I can see no advantage in brine curing it unless you are making large amounts. For the home curer, a simple dry cure would be easier and cost less. With this adaption, it’ll be regular on my list of cures.