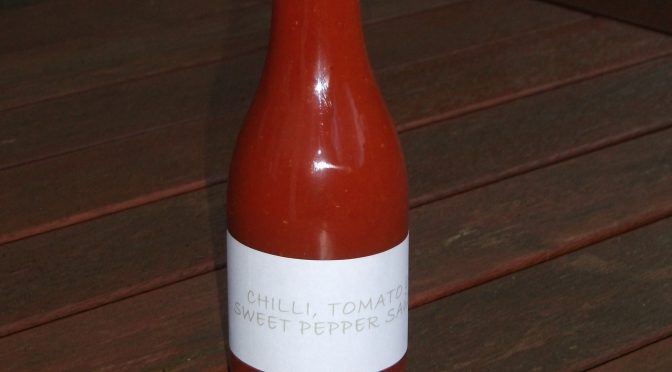 As long ago as 2007 I wrote about a chilli dipping sauce. I still use that recipe; it’s so quick to make.

This one is a proper sauce – as in not a thin dipping sauce. I’ve added red pepper to it as not everybody likes a sauce that grabs you by the throat. Feel free to reduce the red pepper and increase the chilli or add a couple of scotch bonnets.

Weigh the sugar and set it aside. Then weigh the water and apple cider vinegar and place them into a pan with everything but the sugar, cornflour and salt. Cook the mixture in the pan until the pepper and chilli are nearly soft. Add the sugar and bring it back to a boil. Mix a little water into the cornflour to make a loose paste. Add it to the pan whilst stirring – thicken it to the consistency you like – you may not need it all. Let it cool a bit and then taste and season it.

in 2007, I wrote about making a simple sweet chilli dipping sauce: 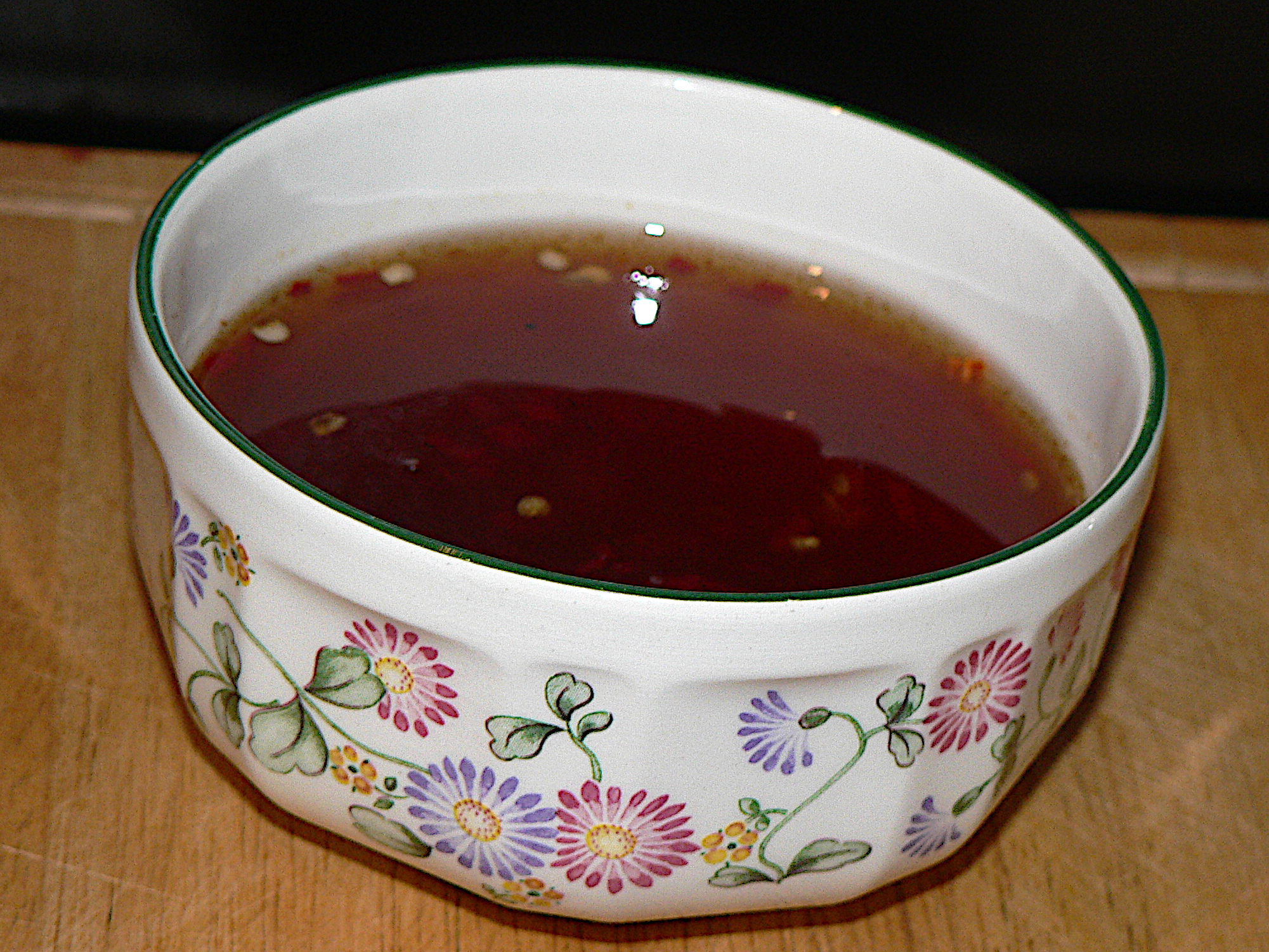 It’s a bit of a coincidence really, ‘cos on Saturday I experimented with making my own Sweet Chilli Sauce

I put about ½ cup sugar in a pan with ¼ cup water and ¼ cup vinegar. I added a finely chopped chilli and boiled it all for about 5 mins or so. This gave me a light dipping sauce with the chilli floating on top. I wanted the chilli mixed in the sauce and slightly more heat so I thickened it with arrowroot and added, in the absence of another fresh chilli, a bit of chilli powder. I also added some paprika (about ¼ teaspoon) for colour.

The sauce is better than I expected – It’s just like the stuff you buy.

I still use this recipe if I want a quick dipping sauce but for most things, I use this Sweet Chilli and Red Pepper Sauce.

My grandma Young used to do a lot of fruit bottling and jam making; I suppose everyone who had fruit trees did in those days as they didn’t have freezers or even a fridge in grandma’s case. She used to make a jam that she called Marrow Cream; it was very much like lemon curd. I’ve since learned that it’s more commonly called marrow curd.

Poor old marrow curd, it’s a superb lemony concoction that’s up there with the best of them but has nothing going for it in the name stakes, does it? So for everyone’s benefit, I’ve renamed it Autumn Curd. Of course, a good PR man would also double or treble the price to make it even more attractive but as you’ll make your own, this doesn’t really apply!

I couldn’t find Grandma Young’s recipe, but this one seemed very similar.

I’ve amended it slightly to make it more like the jam I remember:

The ingredients:
2½ lb cooked marrow flesh (about 3½lb before cooking)
2 – 2½ lb sugar (depending on how sweet you like things!)
Juice and grated rind of 4 large lemons
6 oz butter

Method:
Steam the marrow until soft. Leave it to drain in a sieve or colander squeezing as much of the liquid out as possible. Mash or liquidise it and squeeze again. Place it into a pan with the sugar and heat gently until the sugar has dissolved. Add the lemon juice and grated rind then the butter. When the butter has melted, bring it all to a rolling simmer, stirring to prevent sticking. Simmer it until thick – about 5 – 10 minutes and then bottle it into sterilised jars.

I tasted some of this warm and it was superb. On cooling, I found it to be very sweet. I’ll maybe add more marrow and lemon or less sugar next time. That said, it’s still bloomin’ good.