Digital scales, that are accurate to one-tenth of a gram, suitable for measuring the spices, can be bought on eBay for around £10.

I bought 500gm of meat so I used half these amounts. Once I’d measured the spices and salt, I mixed them together and sprinkled them on top of the meat in a large bowl. I put the rusk on top of the spices.

I then poured over the water and left it for a couple of minutes to soak into the risk.

Now comes the important part, it needs mixing until the mince etc becomes sausagemeat. It’s a reaction between the meat and the salt that does this. It really needs mixing well. I used my hands to squish and squeeze it, squishing it between my fingers until it becomes sticky. This would be easier had I have pre-salted the meat. Even so, it only takes 3 or 4 minutes. I’ll mix this more after the rusk has fully hydrated but it’s not far off in this picture. You may even notice that its smell changes – it becomes… …well, it becomes sausagey!

I make no apologies for the high amount of rusk and water in this mix; I like that for sausage rolls; I prefer the texture. I don’t want the sausagemeat to be a soft paste but I also don’t want it to be too firm.

I mixed it again before using it to make sausage rolls. They’re in the next post. 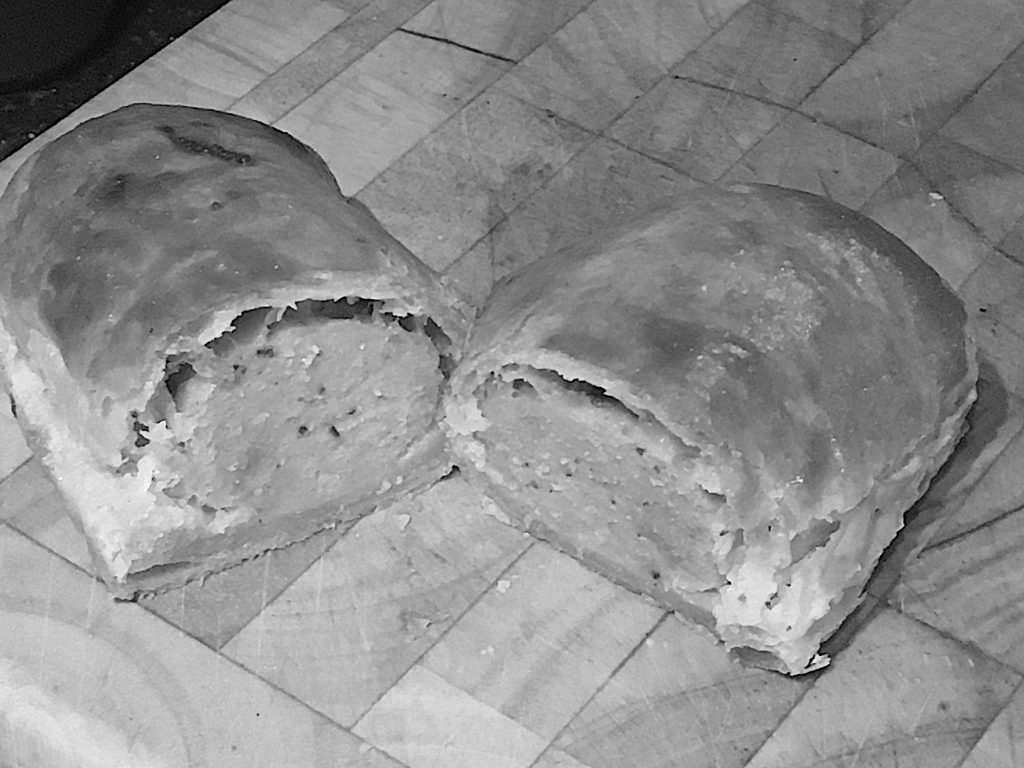 8 thoughts on “Sausagemeat For Rolls”